Give your business a more solid stance by transforming it into a Public Company. Raise money and spread the ownership risk by registering today.

Incorporating a Public Limited Company is one of the most sought after ways for individuals to raise funds from the general public. This kind of company is known to have a distinctive legal existence and the liability of whose members is limited. The company can choose to raise funds from general public through Initial Public Offering (IPO). This business model has been considered as the most transparent one as the company enjoys special rights under Securities Laws to access capital market.

The owners of the company can choose to transfer their ownership in the company any time just by trading their shares.

A Public Limited Company carries most of the properties of a Private Limited Company. This kind of company enjoys several advantages such as no cap on the maximum number of its members, ease in share transfer, and more transparency.

Some of the most distinctive features of a Public Limited Company are:

After Incorporation Compliances for Company 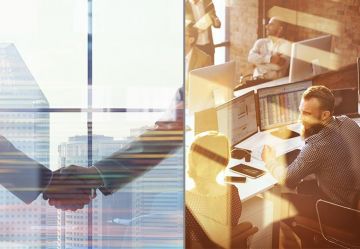 Why is LLP a Better Option for a Startup?

How many minimum and maximum Directors a Public Limited Company can have?

In a Public Limited Company, there should be a minimum of three and maximum of fifteen Directors.

How much minimum capital is required to setup a Public Limited Company?

The biggest benefit of a Public Limited Company is that there is no minimum limit on the required capital for setup.

Is there any limit on the maximum number of members or shareholders?

There is no restriction on the maximum number of members. However, the minimum limit in this regard is seven.

How much time it generally takes to setup a Public Limited Company?

It takes around 10 to 12 working days to setup a Public Limited Company. The time taken for incorporation typically depends on the filing of necessary documents by the promoter and the speed of Government Approvals. To encourage speedy incorporation process, it is recommended choose a unique name for your Company and ensure you have all the required documents are provided before the commencement of incorporation process.

Name the documents required during the setup of Public Limited Company.

Following documents are required to be submitted at the time of incorporating a Public Limited Company.

What is DIN (Director Identification Number) and why it is needed?

This Unique Number is primary meant to assist in the allotment to an Individual and remains valid for whole life of the individual. The individual should be the director of any company.

Can I choose to become the Director of a Public Limited Company?

To become eligible for this position, one must have the age of at least 18 years along with a natural orientation. The citizenship could be of India or any other country. This simply means that even a foreign national can apply to become the Director in Indian Public Limited Company.

Can NRI/Foreigners hold the shares of a Public Limited Company?

MOA & AOA of the company is meant to list all the rules and regulations and the process flow of company. It also describes all necessary details related to the company's objects, capital, individuality, objectives and working pattern. After the name of the company is chosen, the Memorandum of Association and Articles of Association of the company is needed to be conscripted, the last page of the MOA and AOA is called subscriber sheet and needs to be filled in by the promoters on their own by giving their personal information and shareholding ratio.

What is called the certificate of incorporation of the company

Yes, a Public Limited Company can have a property on its own name. However, none of the company’s owners and members can have insurable interest in the property owned by the company.

Describe the statutory compliance for a Public Limited Company.

A Public Limited Company is required to assign an Auditor and get its statutory review performed by a Chartered Accountant at the end of the financial year along with filing Income Tax Return to Income Tax Department. In addition to that, a company is also required to file its Annual Filling Forms with Registrar of Companies. Further the Private Limited Company must conduct Board Meeting at least once in every 3 months and an Annual General Meeting, at least once in every year and also maintain Minutes of every Board Meetings and General Meetings and Statutory Registers.