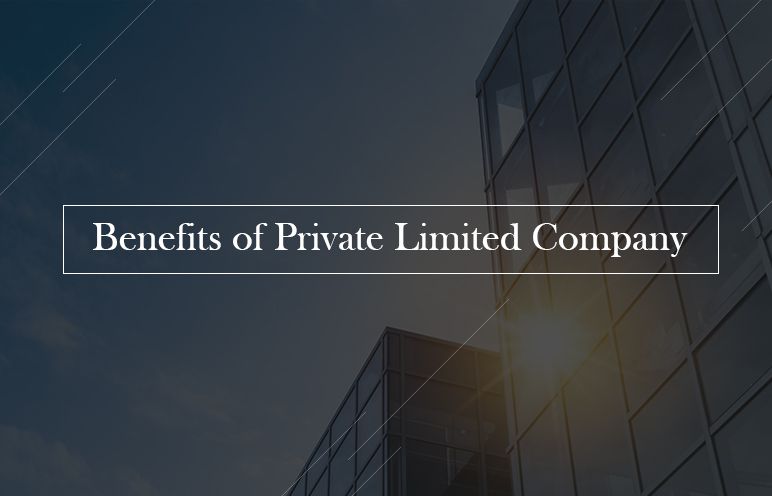 Following are the various advantages of private limited company-

3. Simplicity in fundraising-  Shareholders allowed are up to two hundred and another two hundred members are allowed, this many numbers and the reputation of the private limited company makes it easier to raise capital funds in comparison to other forms of companies. Therefore, we can say the scope of expansion is greater when a private limited company is incorporated. Taking debts from banks and other financial ventures are quite easy too.

4. Limited Liability- The liability of all the members of the private limited company is limited to their share only. This feature protects the personal assets and income of shareholders at times of any financial crisis faced by the company. Also, it gives the company more liberty of taking risks.

6. The number of members and shareholders- In order to incorporate a private limited only two shareholders and two members are required. This helps the aspiring entrepreneurs to easily set up their business.

7. Flexible Relations- In a private limited company a single person can act as a shareholder, a director and an employee at the same time. Further, they are considered reliable too.

9. Employee stock option- The private limited companies are empowered to issue ESOP to their employees. Issuing ESOP helps in motivating the employees to perform better.