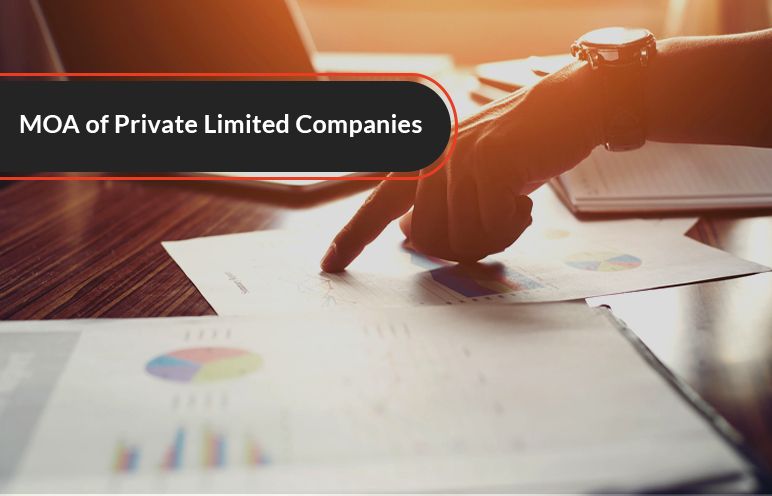 Memorandum of Association is a legal document which defines the relationship of the company with the outside world.  It also states the objectives for which the company is formed.

Name Clause in the Memorandum of Association provides the protection against company registration in the same or closely similar name. Further, it states the name of the company.  The name of the Company must be stated with the last word ‘Limited’ in case of public companies and with the last two words ‘Private Limited’ in case of private companies. The Companies Act provides that a company should not be registered with an undesirable name. The question of desirability, or otherwise, of a name can only be decided from the facts and circumstances of each case.

Every company must have a registered office either from the day it begins to carry on business or within 30 days of its incorporation, whichever is earlier.

The registered office of a company is a place at which all the formal communications with the company are carried. It is the place where all the statutory books, records and registers of the company shall be maintained.

Liability clause basically mentions the liability of members of the company. In case of a company limited by shares, Memorandum of Association must have a clause to the effect that the liability of the members is limited to the extent of the amount of the unpaid portion of the shares held by him.

Further, in case the company is limited by grantee the Memorandum of Association must state the amount which each member undertakes to contribute to the assets of the company in the event of its being wound up.

The association clause of the company states that the persons subscribing their signatures at the end of the Memorandum are desirous of forming themselves into an association in pursuance of the Memorandum. Further, the subscription clause provides that each subscriber is to take at least one share in the company and is required to state the number of shares taken by him along with his signature.