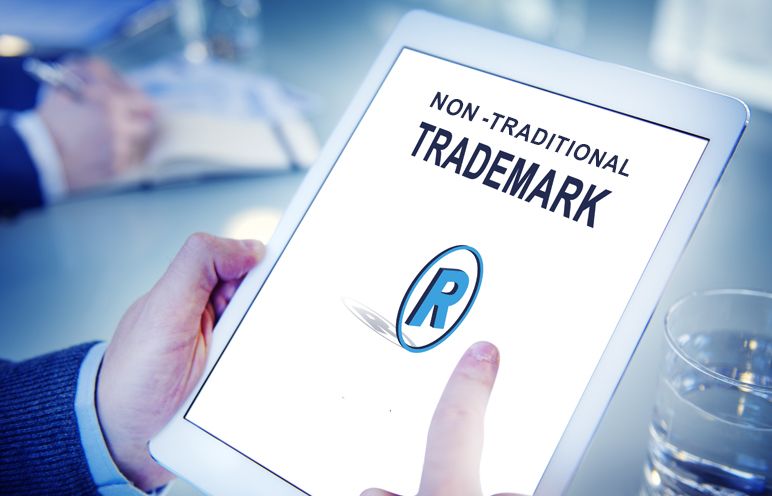 The various types of unconventional trademark include-

The purpose of the sound trademark registration is to uniquely identify the commercial origin of products/ services by means of an audio clip. The musical notes that can be represented in the form of musical notations are acceptable whereas the sounds which require onomatopoeic or sonogram representation are not eligible for trademark registration.

Trademark registration of color has always been a topic of dispute. As the trademark act does not specifically provide for the registration of the single color however it does not expressly exclude the notion.

In India for the purpose of trademark registration of any color theory of "Color Depletion" is followed. This theory is based on two facts - Firstly there is a concern that with the limited number of colors, to grant exclusive rights to colors would sooner or later deplete the available stock and, thus, be anti-competitive. Secondly, if a color alone was protectable, trademark infringement suits would lead to lengthy litigations over 'shades' of color which would slow down the trademark registration process. However, the theory only bars the registration of the seven basic colors but not any shade thereof. Thus it is possible to obtain a registration for the combination of colors.

Registered of unconventional trademarks was promoted through the new trademark rules that came into existence on 6th March 2017. The new trademark rules established the procedure for registration of sound marks under Rule 26(5).The trademark registration for the color can be obtained by filing an application for registration of combination of colors.  Sound marks can be registered by submitting a sound clip along with the musical notations.  Further, in order to obtain a sound registration sound clip along with the musical notations shall be submitted. One significant thing to be proved by the applicant is that the color or sound has acquired distinctiveness or secondary meaning due to continuous bona fide usage.  However, there are still no provisions for smell mark registration.

One significant point to be noted here is that sometimes if a mark is not inherently distinctive, brand owners can still apply for a trademark if the mark has acquired distinctiveness due to its use over a long period of time. Like in case of color combinations is not easy to establish the inherent distinctive identity of the single color or the color combinations. During application, the applicant must provide evidence to show that the color or combination of colors is solely associated with them and exclusively designates their goods and the public associates the color with the goods of the application. The burden of proof is on the applicant to show that the color has acquired distinctiveness or secondary meaning.

ICICI and Intel are two famous applicants who acquired sound registration in India.